After eight exciting episodes, Julia, the HBO Max series that, as good cooks and lovers of television fiction, has conquered us, comes to an end. But we can breathe easy. the platform has just revealed that the series about the famous cook will have a second season. While it arrives, we suggest you learn to cook with it. Because as the production shows, one of the reasons why Julia Child achieved fame was because of her recipe books, which are entitled The Art of French Cuisine. Two cookbooks that we can enjoy in Spain thanks to the Debate editorial.

Originally published in the 1960s, the first book of The Art of French Cuisine was the one that served Julia Child to have a first approach to the medium that would make him famous, television. And it was this that made the original cookbook a success and, as we see in fiction, made a second book possible. 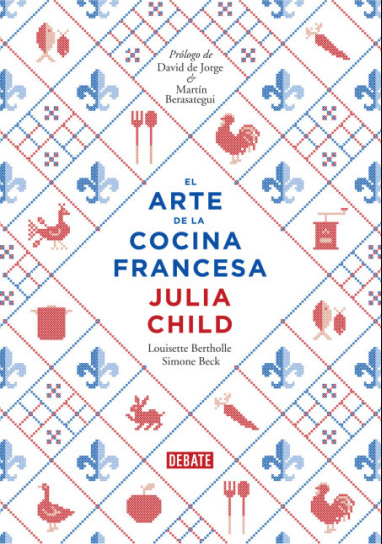 Cover of the first volume of The Art of French Cuisine. / Debate.

In the Spanish edition of the book, the prologue is written by two chefs, Martín Berasategui and David de Jorge. Later we find the introductions that the authors made in their successive reissues. Together with Child, this first compendium of the french gastronomy, were his companions Simone Beck and Louisette Bertholle, whom he met during his stay in Paris. It is in the last prologue, the one he wrote to commemorate the 40th anniversary of the cookbook, in which Child tells a story similar to the one we can learn in the first episodes of the HBO Max series, his interest in cooking, his time in the Cordon Bleu school and the birth of the program.

Once the presentations have been made, the manual starts with some essential chapters for neophytes in the art of French cuisine: the necessary kitchen utensils, the definitions that we must know, the usual ingredients and the measurements, which come with the necessary equivalences to the units Anglo-Saxon measures, so that we can put it into practice without fear of failing. Temperatures, types of cut and a chapter dedicated to wine and the kitchen close this start, which gives way to one of the shortest chapters, that of soups and creams. 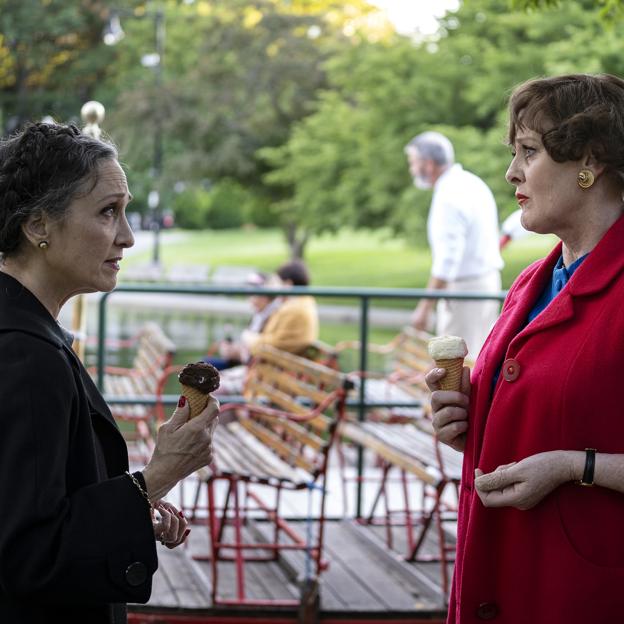 Bebe Neuwirth and Sarah Lancashire in a sequence from the first season of Julia. / hbo max

It is followed by sauces, eggs, a selection of starters and lunch dishes, among which we find quiches and soufflés, fish, poultry, meat, vegetables, cold dishes to finish, of course it could be otherwise, with desserts. In each of the chapters the authors develop various recipes around a single foodand for this reason chapters such as the one on vegetables reach one hundred and fifty pages.

The total exceeds 800 and in them we can find some of the dishes that we have been able to see in the series starring Sarah Lancashire: the French omelette that makes her famous, the pâté with which she conquers the stomach of the producer of her program, the Coq Au Vin that is lost due to a problem with the recording or the crepes suzette with which she delights the audience of the program to which she is invited in San Francisco. And, of course, the gizzard recipe that horrifies her companions on television adventures and the director of the network, with more than a dozen different proposals. 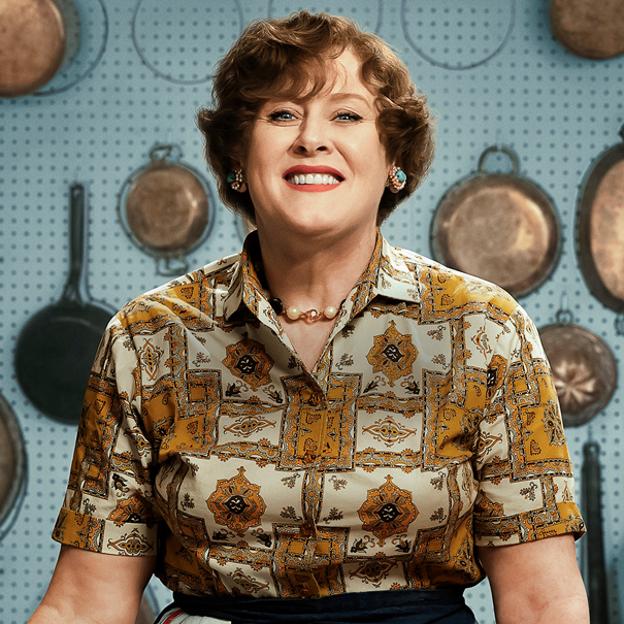 Sarah Lancashire on the promotional poster for the series. / HBO MAX

For the second volume there are other recipes that we have also seen in fiction, such as petit fours with which she entertains her team or the bread that her husband and her editor worked so hard on. And the meat, poultry, vegetables and desserts chapters are expanded, with new recipes that were left out of the first volume and that make this particular course in French gastronomy even more complete. In addition, the author dedicates an appendix to all kinds of utensils that cannot be missing in our kitchen, explaining their usefulness and which one is closest to what we need, if there are several.

In both books, all the recipes have a layout that may be peculiar for lovers of this type of manual. And it is that instead of first arranging the ingredients and then the steps to follow, in The art of French cuisine by Julia Child, both run parallel and along with each step we find everything we are going to need, ingredients and utensils. Two very complete cooking manuals that, although they may not make us chefs, will bring us closer to the famous Gallic gastronomy from our own kitchen. Although we dare not go beyond the well-known French omelette.