Skip to content
HomeHealthTrip to the islands: from the Balearic Islands to the Canary Islands, everything you can see, do, eat and enjoy this summer

Goodbye to the clichés. The sovereigns of the Mediterranean are not only beach, party and calm (that too). In addition, they have become the epicenter of contemporary art with the consolidation of La Nave de ses Salines in Ibiza (which this summer is filled with the pop surrealism of Rafa Macarrón) or the inauguration of the headquarters of the Swiss art gallery Hauser & Wirth in Minorca. But above all, the Balearic Islands have become enormous gastronomically speaking with their own constellation of Michelin stars: this year the BiBo pop-up by Dani García arrives on Talamanca beach, joining the unbeatable Etxeko Ibiza, by Martín Berasategui, and the Sublimotion, by Paco Roncero. The islands are also filled with beach clubs that guarantee both social distance and disconnection, and with rural hotels and spas that rhyme with spiritual retreat. And all without ceasing to be the paradise islands that George Sand, Robert Graves or Fréderic Chopin fell in love with.

The island in love with nature and bohemia will break Instagram with Five Flowers Hotel & Spa, its only five-star hotel with 360 views, spa, infinity pool and sixties touches in the interior design of Miguel Escolano (head of decoration at El Corte Inglés) and the Imagine and Janis restaurants. For its part, the Beach Club Gecko, in the crystalline beach of Migjorn, embroider its masterful formula of gastronomy, cocktails, music, yoga, massages and hammocks. 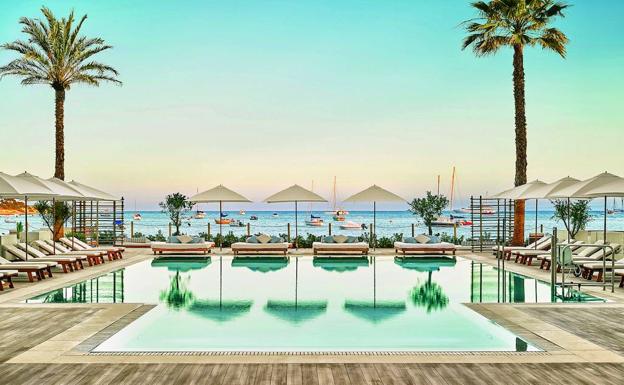 Ibiza is richer than ever after the landing of the ephemeral BiBo by Dani García at the Nobu Ibiza Bay hotel / d.r.

Where I said hippie I say gourmand, because the island that screams "summer" is richer than ever after the landing of the ephemeral BiBo by Dani García at the Nobu Ibiza Bay hotel. The Malaga chef pays tribute to Mexican cuisine inspired by roots and full of new flavors with street food-style recipes. The place joins the Ibizan gastronomic army made up of the new Alma Canalla and the Japanese Mr. Ito (the chiringuitos with the vocation of high restaurant of the Alma Beach club), the Italian Il Dek (Tuscan cuisine at the foot of the Renaissance wall) and the native Pamelas, the restaurant named after a mythological Pitiusan creature of the mythical Hotel Pikes, the favorite of Freddie Mercury or Kate Moss. 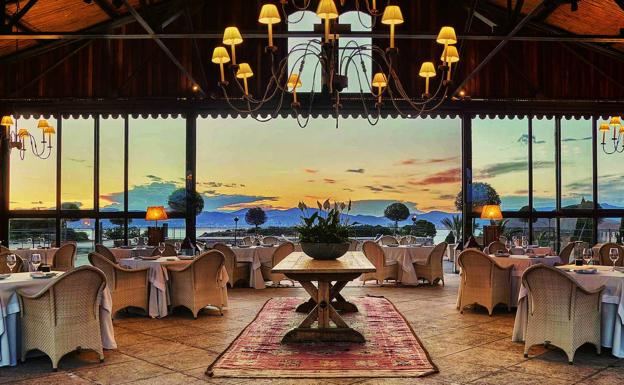 Although its capital is the best city in the world to live in according to The Times, this year Mallorca boasts countryside and history. Chef Víctor García's La Fortaleza restaurant at the Cap Rocat hotel offers priceless views and flavors. In the town of Capdepera, the Cases De Son Barbassa hotel offers a spa and local wines in a centuries-old garden of olive trees. 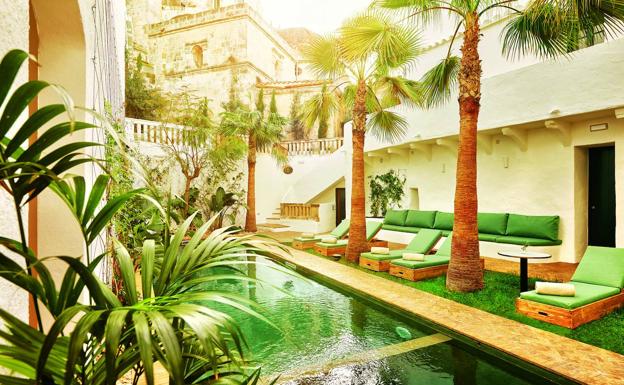 Can Faustino is the first Relais & Châteaux in Menorca / d.r.

Can Faustino, the first Relais & Châteaux in Menorca, annexes the Cal Bisbe and Can Llorenç palaces this season, becoming an architectural temple of hedonism. In the south of the island, Barceló Nura has just opened, where the reclaimed water from its semi-private pools combines nature and intimacy. Inside, the deluxe farm and boutique hotel Torralbenc welcomes in summer to the tri-star Kabuki.

The adjective lucky is too short to describe some islands that this season intend to seduce the traveler by claiming their main asset: their still virgin and almost tropical nature that, luckily, tends to stay off the mainstream tourist routes. Hundreds of miles of golden sand beaches, wild forests, lazy volcanoes and several marine reserves where diving go perfectly with the few exclusive luxury hotels, resorts and spas. Forget almost all the myths associated with both the Canary Islands and the "all inclusive", because in Tenerife we ​​have found a premium microcosm that you will not want to leave. The lucky ones are us. 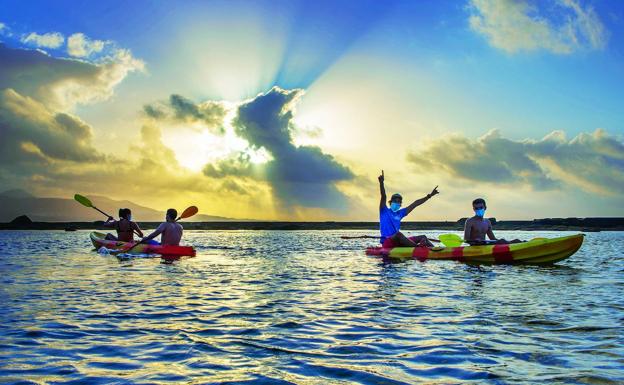 Las Canteras Beach is one of the most beautiful in the world / d.r.

Imagine the most beautiful beach in the world. Have you added to its crystal clear waters and fine sand the accessibility that being in the middle of the city implies? Have you forgotten the marine life reserves for diving? And hyperbolic waves to surf? So, but better, is Playa de las Canteras. 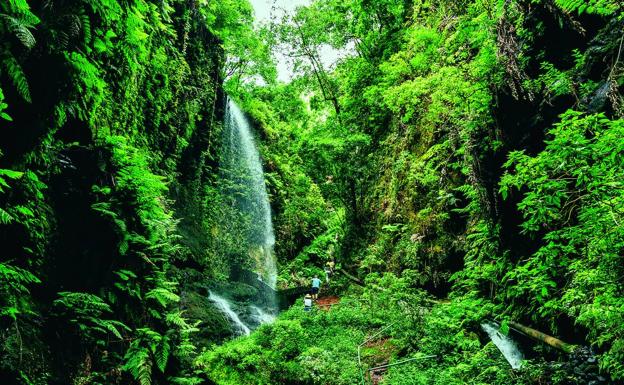 The greenest of the Canaries (Not in vain the entire island was declared a Biosphere Reserve in 2002) offers landscapes that they seem taken from another planet: from the Cascada de Colores, in the La Caldera de Taburiente National Park, to the almost sacred Bosque de los Tilos, where this majestic waterfall is located. 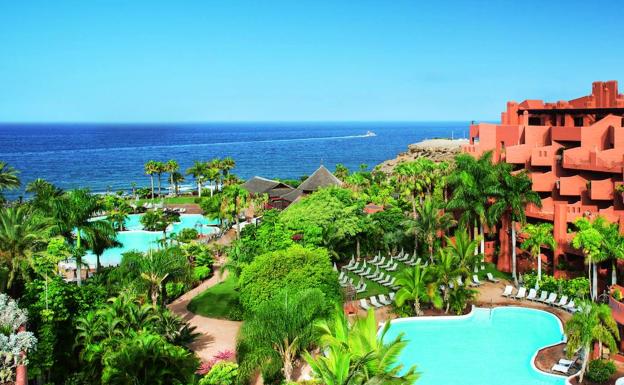 The Sheraton La Caleta Resort & Spa is on the Costa Adeje

The architect Melvin Villarroel wanted only 25% of the 29,000 m2 of extension of the Sheraton La Caleta Resort & Spa to be built, in the heart of Costa Adeje. For this reason, it is both an endemic forest and a 5-star hotel with clubs for children and a thalassotherapy spa for adults.