Skip to content
HomeOlite, the beautiful medieval town with the most beautiful castle in the world is in Navarra (and you can visit it this weekend)

To speak of the historical, cultural and natural heritage of Navarra is to speak of one of the richest and most interesting regions of our country. From Pamplona and its famous San Fermines to the historic sites of Roncesvalles, Estella or Tudela; from the overwhelming Irati Forest, to the Roncal Valley or the Bardenas Reales, passing through the magical Baztán Valley or the Zugarramurdi caves. We are missing days in the calendar to be able to visit all its corners, but without a doubt there are a mandatory stop when we travel to the Reyno: Olite. 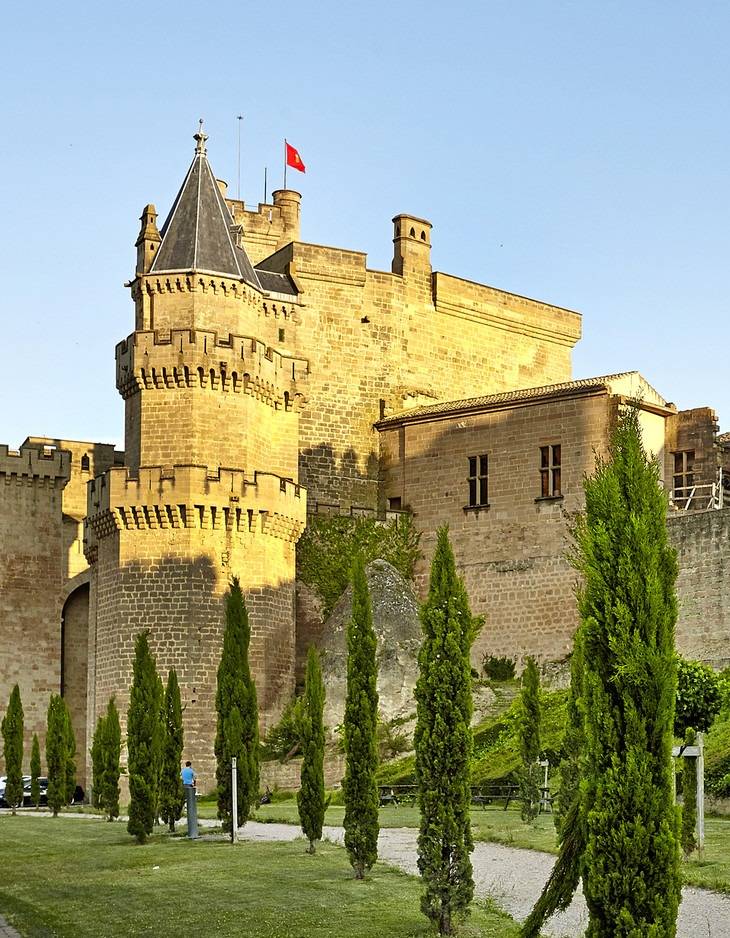 Views of the medieval castle of Olite, one of the most impressive and best preserved in Europe. Photo: VISITNAVARRA.ES

Its impressive castle presides over this historic medieval town, cradle of the Kings of Navarre, but despite its robust silhouette, it is actually a Royal Palace, since its purpose was recreational and not military. Be that as it may, this extravagant Gothic-style construction, which combines typical elements of French architecture with Mudejar decoration, is not only one of the most imposing in EuropeIt is also one of the best preserved.

Its royal chambers with splayed windows, its orange tree patio, its hanging garden, La Pajarera and La Morera, its towers (Tribute, Three Crowns and Four Winds), its ice well… Nothing better than doing one of the guided tours of ‘intramuros’ to discover its secular secrets Or, if you prefer to enjoy the full palatial experience, you can stay at the city’s Parador de Turismo, located in the area known as Palacio Viejo.

Exterior view of the Royal Palace of Olite / pixabay

But beyond its imposing Royal Palace, the medieval old town of Olite It deserves a few walks through its streets that transport us to other times to fall in love with its manor houses adorned with coats of arms, its Roman walls, its Gothic arcades, its Renaissance and Baroque palaces, its stately Town Hall in the Plaza de Carlos III El Noble (access by the Torre del Chapitel), its lively Plaza Mayor (look for a terrace in the sun and enjoy the gastronomy and the local wines).

They deserve special mention the churches of this historic village. the of Saint Peter, on Rúa Mayor, which harmoniously blends Romanesque, Gothic and Baroque styles, and stands out for its Torre de la Aguja, its mid-13th century cloister and its impressive main altarpiece. And, above all, that of Santa Maria la Real, one of the best examples of Gothic in Navarra with the influence of Parisian workshops, with an original atrium free of Gothic arches, an impressive rose window, its colorful mosaics decorated with the original polychrome (it was rescued after restoration last century), or its Renaissance altarpiece presided over by a Gothic carving of the Virgin and an image of Christ of the Good Death, in which influences of Flemish and Italian painting are mixed. 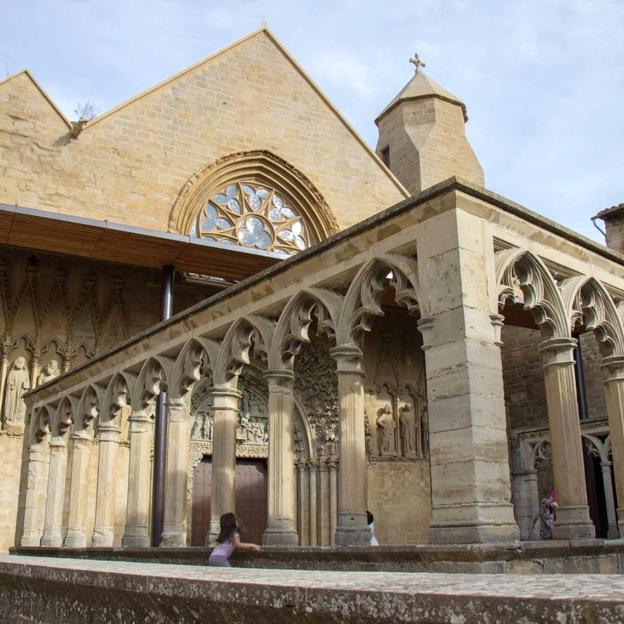