At six o’clock in the afternoon, with Girona punctuality, the phone rings. On the other side of the device, Joan Roca. I confess that I am excited to receive this call. “I don’t understand why,” the one of the best cooks in the world tells me as humble as ever, almost ashamed. I could give you a million reasons, among them, of course, its status within the Olympus of international gastronomy, everything that its cuisine has meant in the world in recent decades, the fact that Celler de Can Roca has been recognized twice as the best restaurant in the world. But the reality is that If Joan Roca is admirable for something, it is precisely because of that sincere humility of someone who has achieved everything And yet, he continues to have his values, his family and his origins as the best prizes. We have arranged to talk about his book, ‘ The delicious adventures of the Roca brothers‘(Destino), an original proposal for children from 0 to 100 years old «that deals with bring the children’s gaze closer to a kitchen that has scientific explanations, and to which teachers also have to pay attention “because, without a doubt,” the kitchen is an important tool for social transformation, it is economy, health, culture, tourist excellence, it is pride of belonging to a place. It is many things and of course it is science, which is why we have made this book. But our talk sauce is simmered and has many dishes… 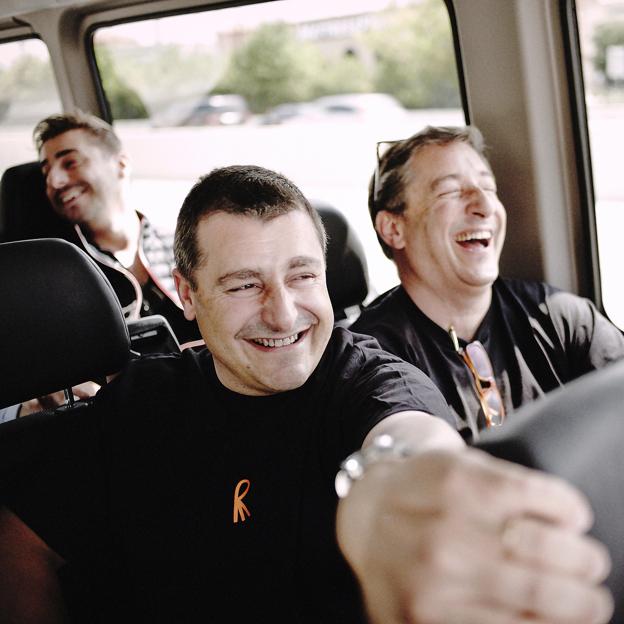 The first thing we need to know before lighting the stove is what cooking is, and Joan Roca knows a little about that … « Cooking is a way to convey affection, of being committed to yours, your environment and your time, with that need to value the local, the next and to be able to make good use of the raw material and all the natural resources that we have. And thus connect with the people you love «. And cooking is science, as we learn in ‘ The delicious adventures of the Roca brothers‘, “You have to know the product, know the why of the things that happen in the kitchen.”

Little by little we are getting into flour, and We open a melon that generates not a little debate in our country for a while now: the gastronomic education of children is one of the great pending subjects of our educational system? «Absolutely yes, above all, nutrition training. More important than that they know how to cook is that children know how to eat from a sensible point of viewHaving a healthy diet from a young age will mark their whole life. For this reason, this book is also a subliminal message to teachers: since cooking is not in the school curriculum, unless it enters through science from a different point of view «. And we continue to add sour cherries to the turkey with the school menus and the excess of processed in the cafeterias of the schools, so criticized and questioned: “if we know well the seasonality of the products, eating fresh is not more expensive, and it is this knowledge of the raw material that we claim”, says Joan Roca.

To the conquest (of the stomach) of Joan Roca

The Roca brothers assure in their new book that smells generate emotions and that emotions that generate memories, and Joan Roca confirms that her childhood tastes and smells like «those afternoons when we came back from school and the Can Roca kitchen was preparing the sauce that was going to be used the next day, it smells of caramelized onion that is mixed with the escudella broth, or flan that is infused with lemon and cinnamon. I knew it was Wednesday because they were making cannelloni pasta for Thursday ».

Someone who cooks the best dishes in the world, who has eaten in the best restaurants and counts among his friends («in haute cuisine in Spain there is no rivalry, we get along very well, there is good vibes, a lot of respect, admiration and friendship. to one, because we do not compete with each other », Joan tells us) with the most internationally renowned chefs, it remains, however, «with a rice made as everyone knows how to make itWithout getting into the kitchen, in Spain we cook it very well in a thousand ways, and a good rice is an integrating dish that absorbs different products, you can play a lot with the recipe with what you have in the pantry at that moment «.

Family and values, the secret ingredient in the success of the Roca brothers 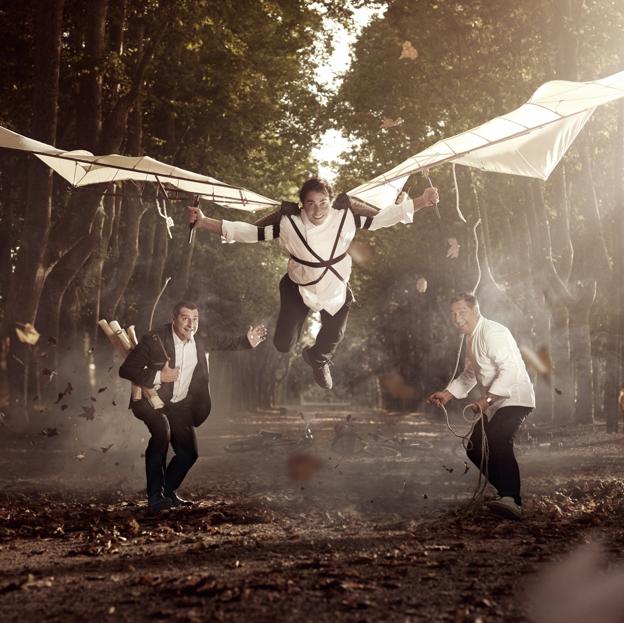 The anecdotes and real examples told through their own family experiences and childhood memories are the sauce that binds the new rock brothers book, but without a doubt it is also the (not so secret) ingredient in the recipe for their success. . «These little stories, linked to our experiences, to our parents’ bar, They reflect a way of life and the essence of a family that has grown up around a family and, in the end, those values ​​that have been transmitted to us are those that have marked us.«.

In this background broth, what later became Celler de Can Roca was simmered, a project that revolutionized world cuisine in the mid-1980s, but did not have simple beginnings. «At the beginning, above all, they called us crazy many times, it was not easy for people to understand that all this made sense. At the time, the concept of a gastronomic restaurant was not understood and we seemed crazy. Our father never told us, but he thought ‘these kids are crazy, poor things’ “. Its revolution has marked a before and after in gastronomy worldwide. ”We have contributed techniques, technology, we have developed many tools, but Above all, we have managed to convey that there is a different way of understanding cooking and we have given the world new keys to cook from creativity, with respect to products and traditions, but above all with margins of freedom that had not been until then. A different look at gastronomy that gives it another dimension and makes it take on another meaning «.

However, beyond techniques and science, the great lesson of the Roca brothers to the world of gastronomy is that «you can get to the top from the family, from the relationship of three normal brothers who understand each other well working together and who have managed to do a work committed to excellence from a humble vision, from a working-class neighborhood in a small city like Gerona «. And here that humility of genius comes out again. » It is not so much the transmission of culinary knowledge as of values such as generosity, hospitality, the ability to share and adapt, to seek forms of integration. That always accompanies you and they are the key to the success of El Celler de Can Roca«Together with a fantastic and faithful team that continues to eat every day together with the menu of the day at Can Roca, the family restaurant of the ‘matriarch’ of the clan.

While our festival of flavors transformed into words continues, I make a confession to Joan Roca and that is, six years after interviewing him for the first time, I am still amazed by ‘his amazement’ when they named Celler as the best restaurant in the world (it was in 2013 and 2015, just in case there were any doubts). But he still fears it clear, and this is where He serves me on a silver platter the highlight of this talk: «When they gave us the awards, we have always distanced ourselves, and we continue to believe that the best restaurant in the world does not existWe said it when they said that we were and we continue to say it, each one has their own and it is something very subjective «. This, of course, can only be said by those who have been … What Joan Roca does have clearer is that » I do not know if Spanish cuisine is the best in the world, it is possible that it is, but without a doubt it is the most influential of the last 20 years«. His dream is to be able to continue working with passion in what they like the most, and he ends with another confession, now he, when I ask him who someone admires who everyone admires: »my mother, my parents, they are my idols, they have transmitted us those values ​​necessary to go through the world and through life doing what we like to do a little better every day «. If you wanted broth, here are two cups.