Skip to content
HomeHealthEverything you need to know about cheesecakes as told by the expert who triumphs on Instagram, Bea Roque

When it comes to putting on the apron and launching into a dessert to surprise our guests, there are infallible classics such as flan or chocolate mousse, and dishes that are gaining followers day by day, such as cheesecake. Despite being a risky bet, which requires prior planning, it is a creation that allows a multitude of possibilities, depending on the type of cheese we choose, the flavors we want to add or the format in which we are going to present it. And many of them can be found in ‘The best cheesecakes: Bea’s corner’, the cookbook just published by Libros Cúpula written by the expert who triumphs on Instagram, Bea Roque.

Throughout its almost two hundred pages, this illustrated book with photographs of each recipe offers us about twenty varieties of the best-known version of this cake, the cheesecake. With Oreo cookies or with chocolate and Baileys, to this irresistible proposal in which the sweetness of the cookie and the creaminess of the cheese can also be added fruits such as mango, coconut and pineapple or the infallible raspberry. But this is only the beginning, because later they come cheesecakes from all over the world, from Japan to New York via France or Italy, the trend cakes that opt ​​for less traditional flavors and the formats in which the plate disappears to bring our favorite dessert to glasses or cups, or simply eat it by hand, in small bites. 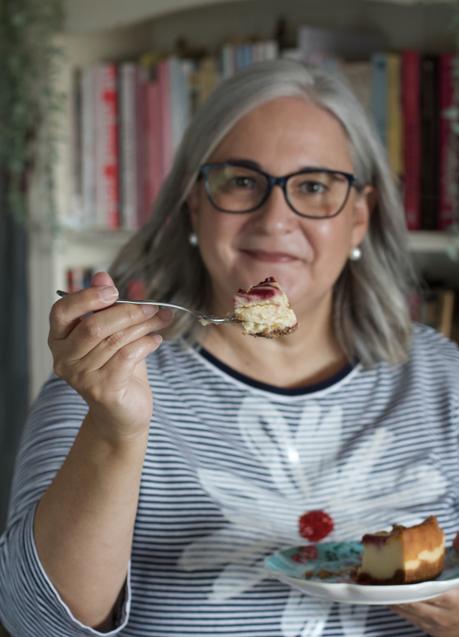 Bea Roque with one of the cheesecakes from her book. (Dome Books)

“Cheesecakes are one of the oldest desserts”, Bea Roque explains on the phone, “the most rudimentary were made in Greece 500 years before Christ and they were a kind of fresh cheese cakes with honey and flour and they cooked it to Grill”. Since then, a lot of time and many recipes have passed, but according to the author “in every pastry book there is always a preparation of a cheese cake”. As of 2018 we can say, without fear of exaggeration, that there has been an exorbitant interest in this dessert. «When the cheese cake of the La Viña de San Sebastián restaurant was named the best cheese cake in Spain there was a boom and they should be thanked for their generosity in sharing their recipe, because I think that was what helped the expansion, “says Roque.

According to the pastry chef, the appeal of the creation of the San Sebastian business, whose recipe is also in the book, lies in the reinvention of the dish. “A cheesecake must be light, it is burned, it has to have smooth edges, it has to be rustic, it has to be curdled and it is semi-liquid,” he explains. For her this “marked the boom and then the Spanish chefs making their cakes with strong cheeses or other flavors” They have helped the cheesecake craze to grow. 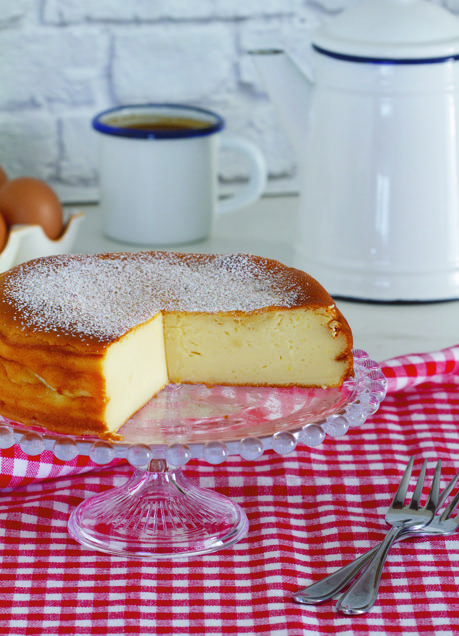 But what do we need to taste the best cheesecake in our living room? The author is emphatic in her answer: “Patience above all.” “The cheese cake”, he continues, “is not like a sponge cake that you bake and in 50 minutes you can eat it. A cheesecake needs to rest, to cool in the oven for two or three hours, to be at room temperature and a minimum of 12 hours for it to set well «.

When we have already armed ourselves with the most important things, Roque recommends betting on good ingredients, such as “The best eggs you can get, organic eggs” and, of course, cheese. “I recommend Philadelphia, but it goes by taste because it has a touch a little salty and there are people who do not like it,” he clarifies before pointing out that any cream cheese, even a white label, is valid for making a cheesecake.

If we want to leave the more classic version or we want to try a cake with varieties such as camembert, goat cheese or manchego, our chapter is the trend cakes. In these, the base cheese is still cream, but “there we can add and mix flavors” says Roque. Of course, in moderation, so that the flavor of our preparation remains balanced. And although for a good cheese lover there is never enough, if you are afraid to buy a specific variety and that over, the confectioner points out that the spreadable versions “work very well for cheese cakes” and are also “a super practical and super option. economic ». 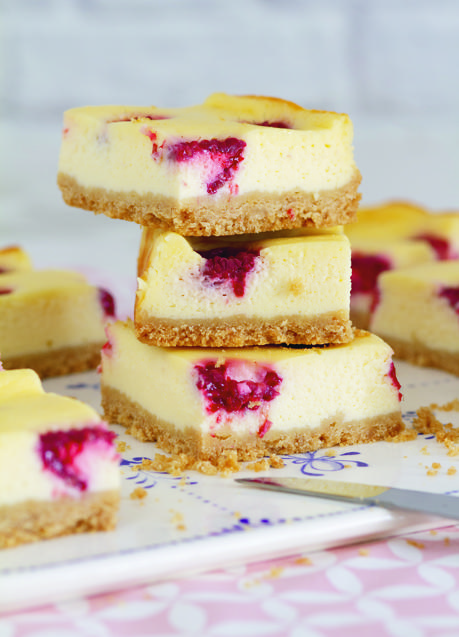 ‘The best cheesecakes: Bea’s corner’ is the fourth cookbook published by the author but that has not been an impediment to dedicate a few pages to what is always good to know when we go into the kitchen. That is, the basic equipment we need, what is used by “any kitchen robot you have at home”, the usual ingredients of this type of dessert or how we should prepare the biscuit base of the cheesecakes or the mold that we are going to use. “The type of mold we use is important,” he points out, “especially when removing from the mold.” For cheesecakes or some cakes “clip-on or removable molds are recommended, because cheesecake really doesn’t like to be handled unless it is especially cold.”

After cooking and perfecting more than thirty cakes, when we ask her which one is her favorite, the pastry expert is left with the raspberry and lemon delicacies, a dessert that visually is similar to a brownie but on the palate it may remind you of the version more classic cheesecake. “This seemed like the best, it is one of my top 10 in the book”, it states. But he is not left alone with one, and another of his favorites is a cake, the camembert and brie cake, due to “its texture, its flavor, which is not sweet, nor is it strong, it seemed to me a wonderful flavor.” 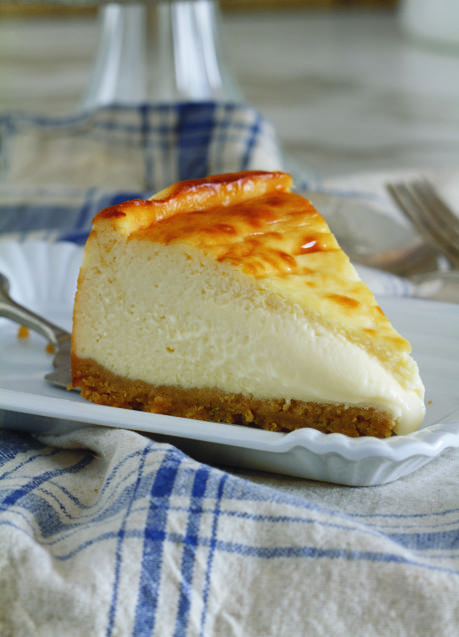 Bea Roque has also been concerned about bring the flavor of cheesecakes to those small families, or people who live alone, through desserts in small containers such as glasses or jars. “You can always increase the amounts for large families” but with those included in the chapter entitled “Just for you”, “you have to make four or five glasses and you drink them in two days.” In the last chapter the author focuses on salty cheesecakes, or quiches, because they are “the salty cheesecakes par excellence,” she points out. «It seems like an idea for every day, so practical, that you can do it with anything you have in the fridge. You have to have cheese, obviously, but I think it is a super practical dish for mid-morning, or mid-afternoon, a lunch with a soup or a salad. I am that I am a lover ».