Skip to content
HomeDiscover Endeavor’s Oxford: these are the iconic places (from the most addictive British series) that you have to visit on your next getaway to the most historic city in England

We have to admit that we were late to the best streaming detective series but Endeavor has conquered us with the same intensity with which the character played by Shaun Evans goes after criminals. But our crush is not only with this wise and love-abused investigator, and the city in which he takes place, Oxford, has also stolen our hearts. So while we wait for him to return with a new installment, we have made this particular production a good reason to discover one of the cities with more history from England via filming locations.

Despite the fact that it is set in the 60s and 70s, the ITV production that we can see in Spain in Filmin and Prime Video has managed to take advantage of this eminently university city thanks to the conservation of its historic center and the buildings that house the entities that have made it famous. As is typical of any British city, Oxford has its castle and its de rigueur botanical garden. But Endeavor has also uncovered other locations for us that are worth considering when visiting this city located an hour by train from central London.

Thrusday and Endeavor in full investigation touring a college. / Filmin

To start this tour in the best way we can start by taking note of an infallible scenario in practically all the episodes, the Oxford pubs. The King’s Arms, The Eagle and Child, The Bear Inn or Lamb and Flag are some of the places where Endeavor, Thursday and Strange have had a nice pint of beer at the end of their day. But if there is one that we have seen several times in the series, with the veteran inspector unwrapping his sandwich and Endeavor guessing its contents, this is the White Horse, one of the oldest pubs in the city, which we can find on Broad Street.

In that same street, one of the busiest in Oxford, we can find the Sheldonian Theater, which in the series it became a ballroom of the 60s. Built in the seventeenth century, the name of theater is given by its resemblance to a Roman theater, but no plays are performed. Today it is the usual location for university degree ceremonies and concerts. 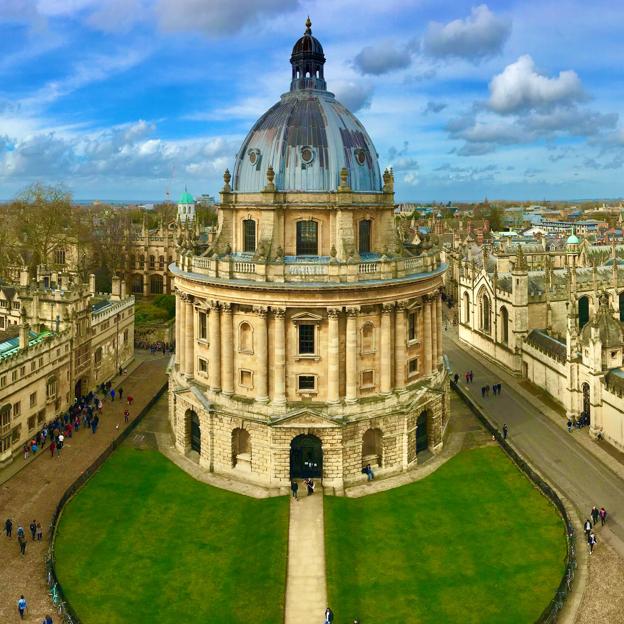 The Radcliffe Camera, a must see in Oxford. / Ben Seymour / Unsplash

Very close to there is one of the best-known scenes in the city, which we can also see on numerous occasions in another “Oxford” production, The Discovery of the Sparkles. We mean the legendary bodleian library, the city’s main research library which is one of the oldest in Europe. Opened in the 17th century, it occupies a total of five buildings on Broad Street and the first time we see it in the series is in the second episode of the first season.

One of the buildings that are part of the Bodeliana is the Radcliffe Camera, with its characteristic dome. Located in the heart of Oxford, it was built in the 18th century to house the Science Library that gives it its name. And although Endeavor does not get to enter it it is common to see it when the detective visits one of the universities or simply in the aerial plans between sequences. 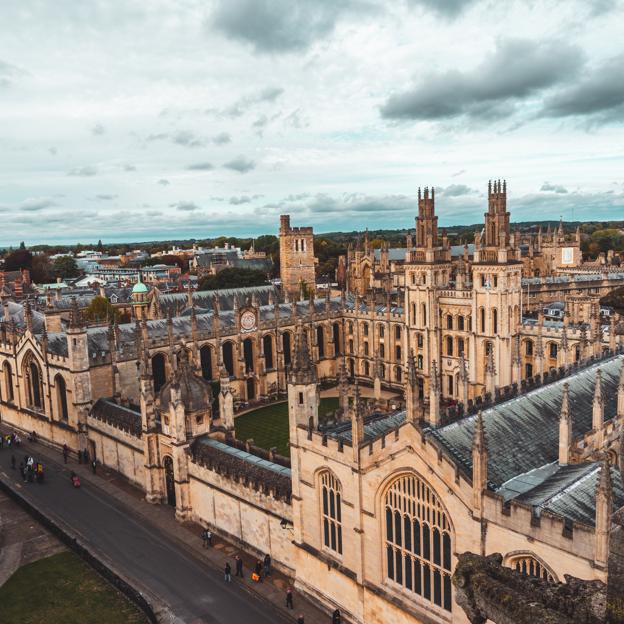 Speaking of universities, in a city like this It is easy for the action to take place in one of the more than forty colleges that are established in it.. For example, Merton College, which appears up to three times in fiction, the first of them in the pilot episode. Founded in the 13th century, it did not admit women until seven centuries later, and its most notable students and scholars include four Nobel laureates and the writer JRR Tolkien.

The gardens and dining room of Keble College, the cloisters of New College or the gardens of Exeter College have also been used as settings in Endeavor. But one of the most spectacular views, which are not within the reach of the tourist, was provided by Trinity College in the third episode. It was then that the detective and Thursday chased down a dangerous serial killer and confronted him on the roof of one of his buildings. Known for its attractive gardens and its four large courtyards, it has among its sites the first neoclassical chapel.

Throughout its more than thirty episodes we have had the opportunity to see its protagonists touring several of the most historic streets of the city. But among those that have repeated numerous times throughout its eight seasons are Merton Street and Ship Street. The first is a recurring scenario in season 7, but also in season 5, when Endeavor and Joan stroll through the area known as Grove Walk. The second appears in the fifth season recurrently, since that is where the apartment of Claudine, his short-lived journalist girlfriend, is located, but also in the second installment, on a visit to a lawyer, and in the fourth, with Morse and Strange dating. of a fish and chips.

We cannot finish this television review without mentioning one of the best known and most touristic places in Oxford, the Bridge of Sighs. It’s actually called Hertford Bridge and it was built in 1914 and to join two of the buildings that are part of the College that gives it its name. Although it is not possible to visit it, it is one of the most photographed locations in the city and has appeared in practically every season of Endeavor.