The charismatic Cruella de Vil, Disney's best dressed villain, returns now more alive than ever to the screens of our homes with the help of Disney + and with the magnificent interpretation of Emma Stone. This young American actress has shown not only her talent when it comes to interpreting, but also when it comes to moving us with her voice, as has already happened in La La Land, one of the musicals most valued by critics in recent years.

Emma Stone gets into the skin of Cruella to renew the image of this classic villain offering a contemporary and carefree touch that will take you to know the true origins of this ruthless and unscrupulous woman, capable of reaching the top in the world of Fashion. To achieve this goal, the film takes place in the 70s, specifically in London, in the middle of the punk rock revolution. Curtain that makes the most of Jenny Beavan, a two-time Oscar-winning costume designer. Their designs will leave you speechless.

Each shot blends seamlessly with each dress to form the ideal setting so that, without leaving your sofa, you can get to know first-hand the life of young Estella, a girl who survives, along with her companions, on the streets of London. creating daring designs and performances that do not leave you indifferent. So much so, that her designs will catch the attention of Baroness Von Hellman, played by Emma Thompson, another of Hollywood's great faces and winner of two Oscars for films like Sense and Sensibility and Return to Howards End.

The duel between the two designers will radically mark Estella's future, resulting in the appearance of her alter ego: Cruella. The struggle for success will also break new ground, including important fragments from Estella's life past and her obsession with sewing. Solve the puzzle of buttons, ties and zippers in this new movie, now with free access, with Disney +.

But beware, the parade of new titles does not end here. Disney + expands its catalog for this summer with new titles such as the new Star Original series: Only murders in the building. The series, starring Selena Gómez, Steve Martin and Martin Short, a most unusual trio who share a strange passion for the crime genre and who, unwittingly, end up involved in a real murder. Will they be able to solve the crime? Find out from next August 31.

Do you like comedies? Then you can't miss the premiere of Amigos Pasajeros, a Star Original movie that opens with Cruella on August 27. 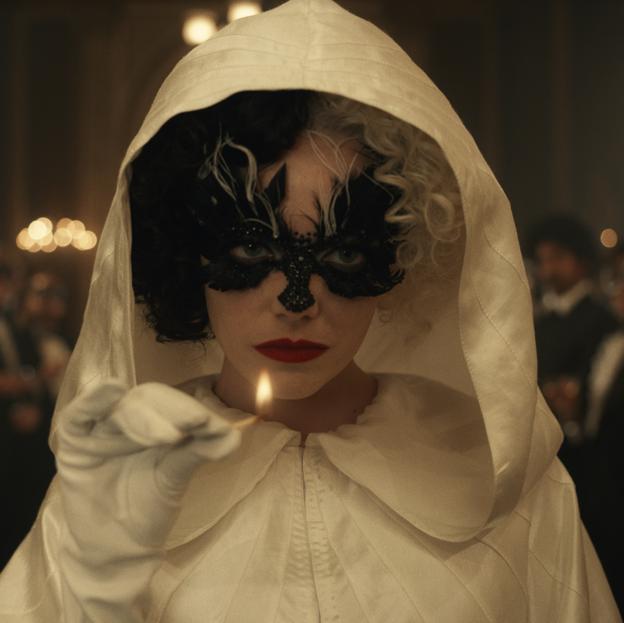 In Star you will also find series like Rebel, inspired by the story of Erin Brockovich, which tells us about the life of Annie, a lawyer without a degree who fights for everything she believes in and for the people she loves. Brave, funny, disorganized and brilliant, this woman is willing to win at any cost.

And if you want to reengage with Grey's Anatomy, you still have time before the new season begins. Right now you have available on Star until season 17. Hours of intrigue and romantic tension without getting up from the couch.

Have you been wanting princesses after knowing all the details of Cruella? Well, don't worry, on Disney + you will find the latest Disney princess films such as Raya and the last Dragon, Vaiana and the two installments of Frozen, one of the highest-grossing films in recent years. Invest your free time in spending pleasant moments watching your favorite new and old series and say goodbye in a big way to this summer of 2021 with Disney +.